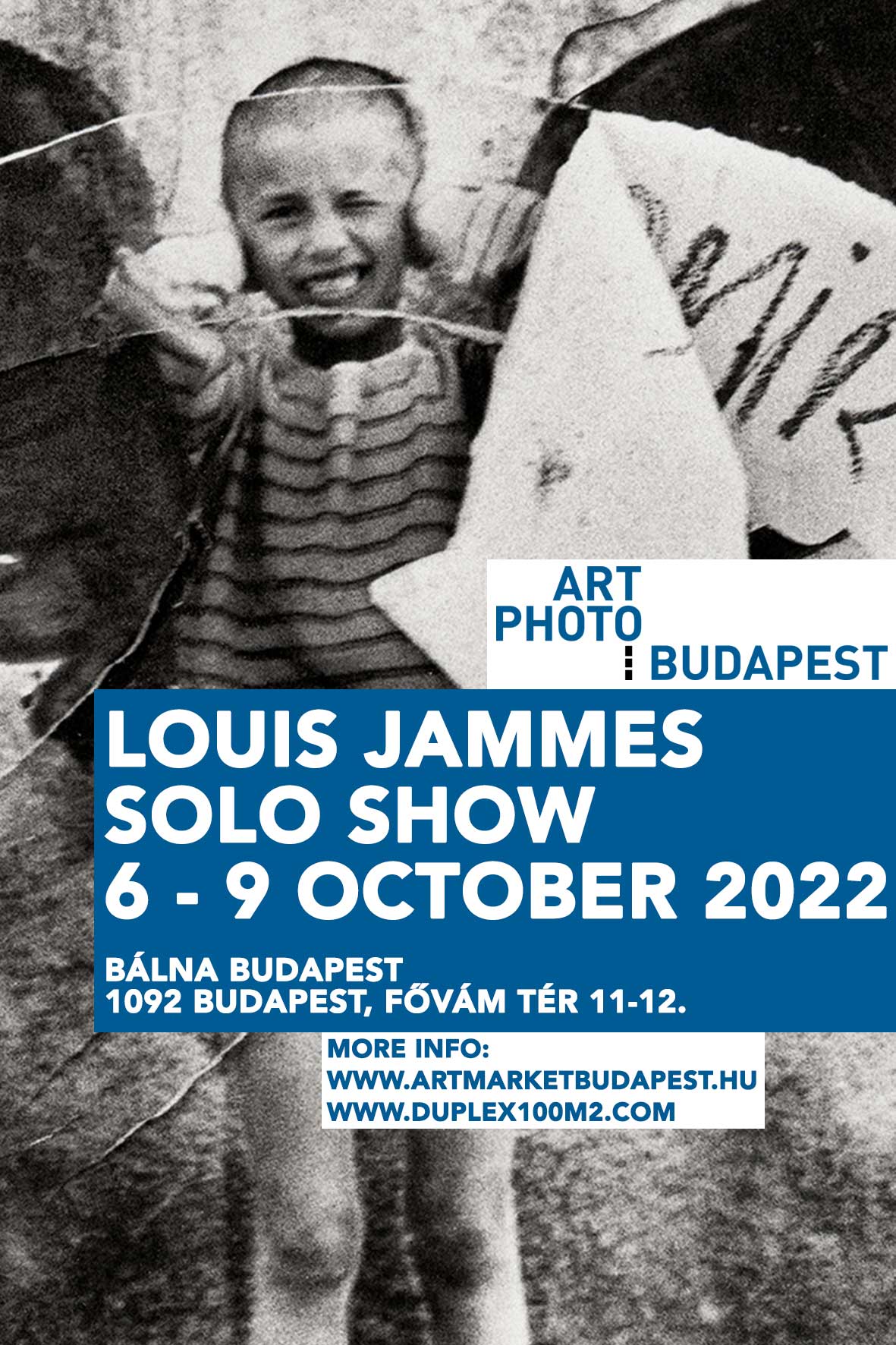 On my way to Budapest ! One more time for the Art Market Budapest. This year, in the photography sector, with a solo show of the renowned french artist Louis Jammes.

Between 1993 and 1995 the artist and photographer Louis Jammes captures unknown characters on the streets of Sarajevo during the siege of the Bosnian capital and gives them a face and angel wings. Then he glues these giant angel portraits on the destroyed walls of the besieged city.

And suddenly the life seems paradoxically taking its course thanks to their appearance on the city walls. Feeling of peace, nostalgia, beauty.

Louis Jammes began work in the beginning of the 80s in the flux of the French  » Figuration Libre » movement. He created photographs of famous artists, like Andy Warhol, Keith Haring, Julian Schnabel, Robert Combas and Jean-Michel Basquiat. As subjects for his work, his unique style portraiture is realized by mixing photograph and painting.

But the artist also seeks to explore the world. He went to places where reporters and war correspondents go.